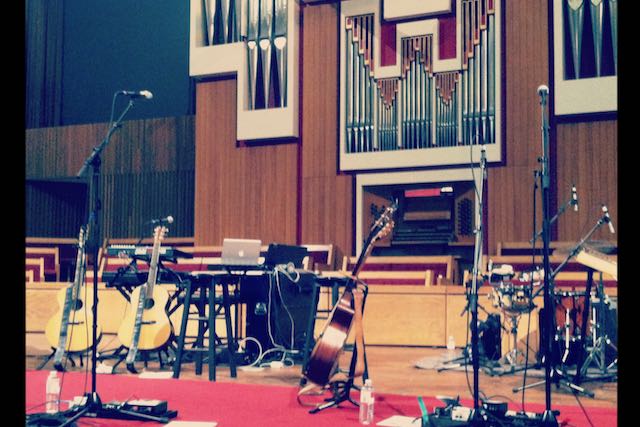 Seven years ago I walked into my office and started to pack my stuff. I went early before anyone else was there. I needed to be gone by 8 AM when the others would show up. I only took what was mine, left behind my files and books, notes, and unfinished assignments.

It still took a couple of trips down to the car. When it was done I let myself back in for the last time. I left my keys, credit card, and a letter of resignation in my boss’ mailbox and walked out.

It had been coming for a while.

The weekend before, D and I had driven to Indy to see Peyton Manning play in Lucas Oil Stadium for the last time. I was a devoted Manning fan, having watched him at Tennessee and then through his time in Indy (and a bit begrudgingly at Denver). It had always been a bucket list dream to watch him play there.

As it were, I was too poor during college or living in DC the first time to afford all the logistics of getting to Indy and back. Then Manning got traded and I crossed that dream off the list.

He returned to play his old team and I knew this would be the last time. We decided to drive from Colorado, because why not? As fate would have it, two nights before three of my favorite artists were playing a concert in Omaha right along our route.

The fact all of this was serendipitously happening around my 30th birthday just made it even sweeter. Besides, I was in desperate need of a break.

I took a long weekend off. I worked diligently the week leading up to it to make sure a big project was off my plate and everyone was set. I walked out Thursday excited for the weekend.

We left CO in a snowstorm! Blowing snow across the road, barely inching along. The concert was the same night as our departure. If the weather kept up the whole time there is no way we would make it. Fortunately, at the border, it cleared up! We drove through Nebraska with no issue.

The weekend before my dad had commented to me that I had become a bitter person. As the miles passed D and I got talked about it. I knew things had shifted. I was more wound-up, cussing a lot (a telltale sign I am overwrought). I am not by nature angry. I might be reserved, realistic, controlled, but I don’t have a temper.

The reality was I was burned out. My job, which should have been amazing, was taking a lot out of me. I did not realize I had gained 20 pounds since I started. I was unhealthy mentally, physically, emotionally, spiritually.

As we drove I asked D if we could make it if I quit. It would mean keeping finances close (so, no more weekend road trips), but yes we could do it.

We got into Omaha, found our hotel, and got dinner before going to the concert. The trio was playing for a local college so the concert was held at a church, no cover, sit wherever. We chose the front roof off to the side. I wanted to feel this night. Something told me it was going to change things. I had prayed in the car: Lord, please find me here.

These three singers (plus JJ Heller) have played vital roles in my faith.

The first singer was Bebo Norman. The Man Inside was the first song I heard after accepting Christ. We used A Page is Turned in our wedding. I came to know about Bebo before he made it big and in the soundtrack of my faith, his early hits are still on repeat. (I blasted Standing in Your Silence on repeat in Rwanda.)

Halfway through the concert, Sara Groves sang Painting Pictures of Egypt. I broke! That song was given to me by a mentor in college when I was debating whether or not to study in DC for a semester. It is the song that makes its way into my life whenever there is a big decision I am hiding from. When the Saints was another Rwanda fav. It Might be Hope got me through the months after I got home and nothing felt good. I have Add to the Beauty tattooed on my arm as a life verse because that song, to me, is what this life is all about.

The last, Andrew Peterson, has come to mean more in my life since that trip. Even then, Nothing to Say is a top three favorite song. Love and Thunder taught me so many truths about who God is.

But all those songs I love are from their older albums. Nothing to Say was from 2000, Painting Pictures 2001, Page is Turned in 1999. So imagine my utter shock when they all sang their song over 10 years after it came out.

I wept. God met me in that hallowed place and reminded me He has me. I am not alone or abandoned. My parched, cracked, and dusty ridden soul got a steady downpour that night. I was bitter no longer.

We went to the game. Manning lost – bad. We drove home in one day, unsure what was coming but at peace. I started to figure out how to exit my job.

I walked back into a mess I got blamed for because I was not there to say otherwise. I went from being an over-achieving employee to having every mistake I had ever made (plus some outcomes based on decisions that were not mine) thrown back at me in front of HR.

On my 30th birthday, I walked into my office for the final time and walked out with the second biggest weight I have ever carried gone.

The reality is, if the fallout had happened before Omaha I would not have been able to handle it. I pulled my identity largely from work. And yet, it was a moving target I could never hit and in the process of trying to chase an elusive standard, I lost a lot of things that mattered to me.

After Omaha, I knew God still had me. I knew His was the only validation and approval I needed. It took a long time for me to regain the parts of myself I shut off to survive my job. It took a couple of years to lose the weight, physical and otherwise.

In the seven years since I have come to make peace with a lot of it. I wrote a letter to my boss to clear the air. I still talk to friends I met there. I value what my time there taught me and am more grateful still that D (and God) were there to be lifelines and returns to what matters.