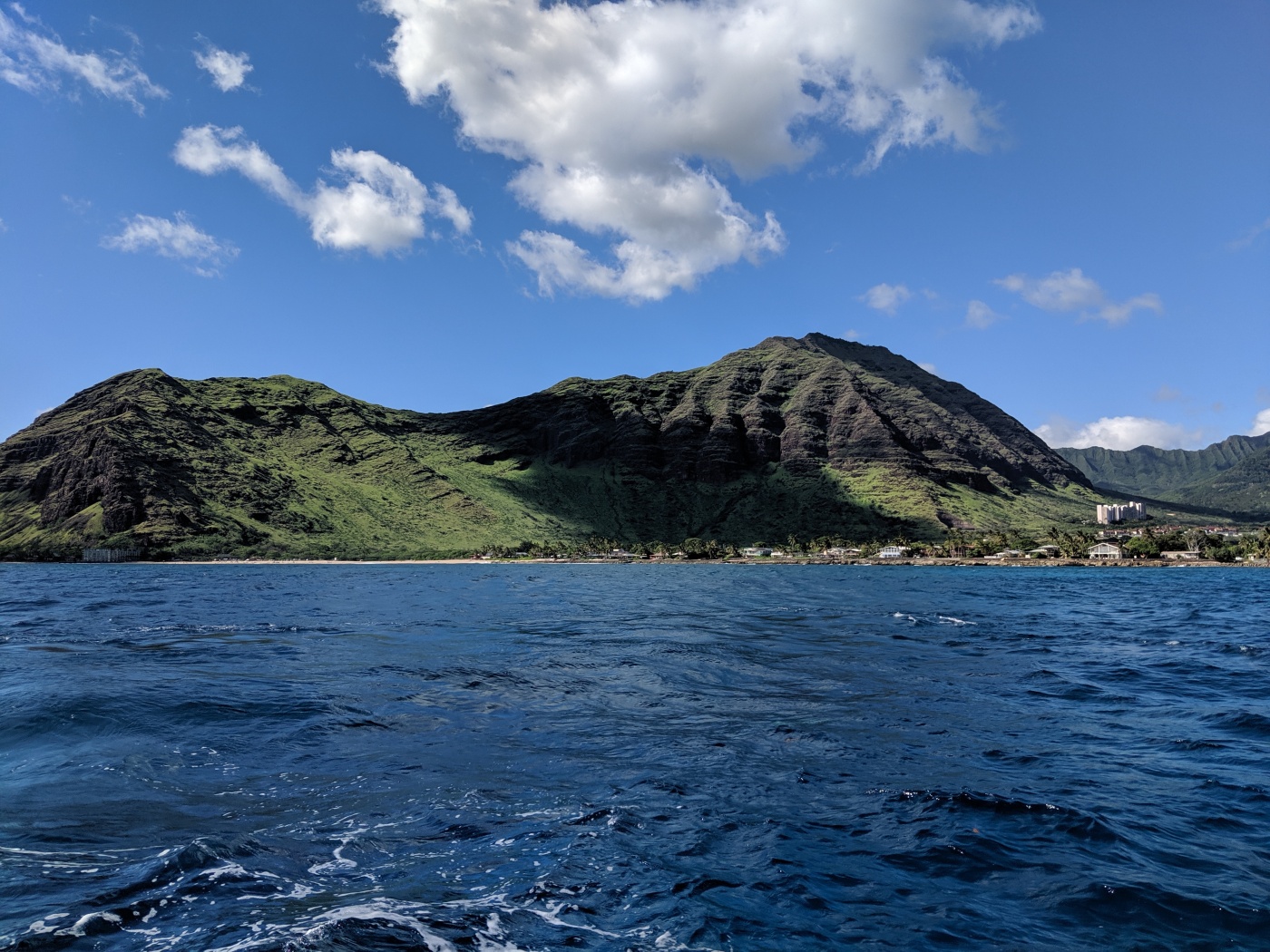 “Just take one big step.” His voice seemed to echo into the night. He’d already said it once before…or was it twice? I felt his hand on my back. Could he feel me shaking? I knew he wouldn’t push me in. This was a decision I had to make. I looked behind at the other students waiting. Why did he make me go first? I closed my eyes and lifted my foot, willing myself to just lean in. Once I did I would be okay but I was paralyzed with fear.

I knew this fear. It had overtaken me a year before when I was the only one not to jump off of South Point, a 40-foot cliff at the southernmost point of the U.S. My step-kids went in, as did other members of our group. I was the only one to think about going and not make the jump. It shamed me almost to tears. I hated this sense of fear.

Truth be told I am a very fearful person. In small things: texts, phone calls, speaking up for myself. And big: like jumping off a cliff, pursuing things wholeheartedly. So when we decided to take scuba lessons I knew that I was going to have to be brave.

But that night, standing on the edge of the pool – I did not know if I could take the step and fall into 10 feet of water. If I could not do it there how would I ever do it in the open ocean? Would I be able to step into the open ocean?

A Bible study I am doing said all fear can do is put out the plate, we decide if we are going to eat. We decide if we let ourselves indulge, let the fear into our heads and affect our lives.

All fear can do is set the table. Are we going to partake?

I realized I partake more than I want to. I am trying to find ways to beat my fear. But how to do that when it feels embedded into your DNA.

I come from a line of play-it-safers, don’t-rock-the-boaters, plan-it-outers. It is not in our nature to do the brave things, from hard conversations to sky-diving we simply just don’t.

“…There is no room in love for fear. Well-formed love banishes fear. Since fear is crippling, a fearful life—fear of death, fear of judgment—is one not yet fully formed in love.” 1 John 4:18 MSG

Simply put: There is no fear in love. The opposite of love is not hatred, but fear. As a child of God it goes against the promises of scripture for me to let fear have such a place in my life. I cannot “beat” fear on my own. It is the idea of hearing a bump in the night and covering my head with a pillow vs. going to investigate or knowing it is just the heater creaking.

In order to face fear one has to know God. One has to abide in Him, which means being open and attune to what God has for me. It is being deliberate to become aware. It is time with God, prayer, listening, taking every thought and fear captive and measuring it against the Word God gave us.

John 15 talks about the vine and the branches. The branches abide in the vine – they can do nothing if they don’t. A vine does not decide it is better off on its own, fall to the ground and suddenly have roots to put into the soil. Apart from the vine, the branch dies. Oh it might fool itself for a bit, but eventually it will wither without something to draw from.

Abiding is active. It is daily. It is a choice, as John Piper says, to receive, believe, and trust in what Jesus says. At its core, fear is doubt, and to call out our fear we have to call out our doubt.

In the practical it can be saying a prayer, “Lord take this fear from me” before entering an uncertain situation or doing a difficult tasks. It can be calling out the worse that could happen, realizing how unrealistic that is (because really what are the chances of drowning in pool water or having everyone at the event laugh or scorn you?) and then moving forward in the knowledge that a God of love did not knit His children to be overcome by lies.

Fear has power because we keep it the bogeyman in the closet. But light illuminates the darkness and helps us see fear for what they are: lies and doubt.

One deep breath and a closed-eyed step later, I was in the pool. I told my fear to take a seat and, shakily yes, stepped in. But you know what, when it came time to do the next seemingly impossible skill I was able to look back and say that because I took that step in I could do whatever was asked of me.